A couple of days ago we visited the former barracks Fritz Toussaint, that was previously closed for one Century to the public, and is now occupied by projects interested in urban collectivity and sustainability; it’s situated 15 minutes away walking from the Solbosch Campus where FOSDEM happens: a perfect place to host OFFDEM.

We visited a number of potential places and were unanimously welcome with the prospect of OFFDEM!

In the next few weeks, we’re going to confirm spaces to use according to the expected attendance.

A 15 minute walk from FOSDEM.

They’re mentioned in order of the visit.

All spaces are minutes away from each other, part of the same building complex, which is comparable to FOSDEM area.

A really friendly bike repair shop. Besides fixing, or helping you fix your bike, they have a bar a chill area.
They propose to give us a room suitable for a meeting of up to 30 people, equiped with a projector and screen. 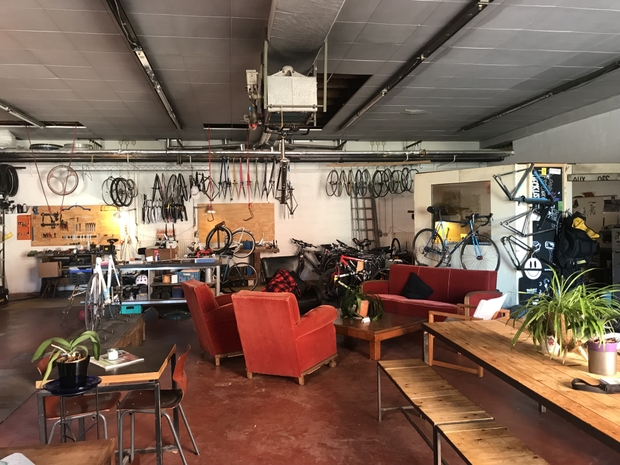 The large exhibition hall would be used as the main meeting place. It can host hundreds of people, maybe a thousand, and it has a bar and some food. It’s not sitting friendly, probably noisy with lots of conversation, but away from the rain. 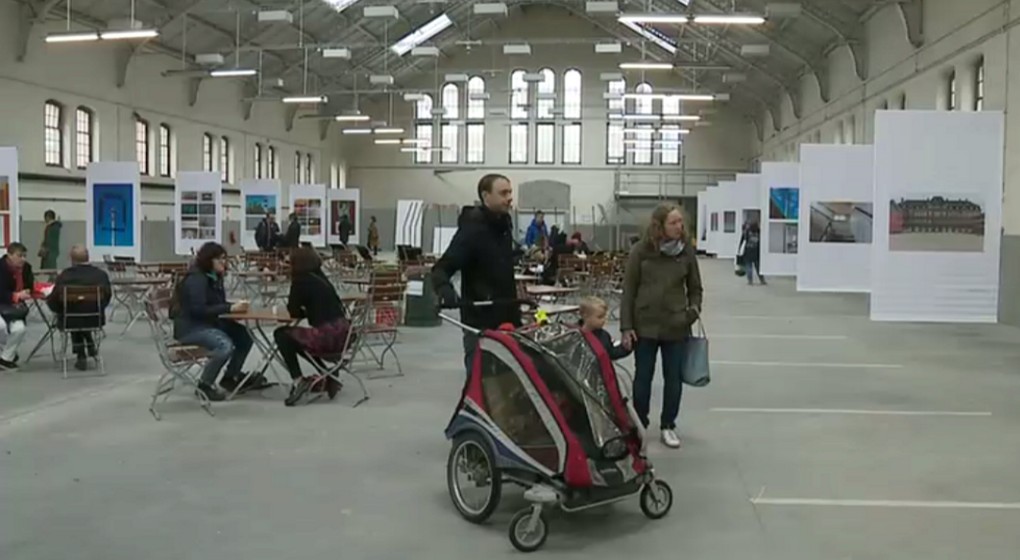 A 400 places cinema that we could use for opening and closing ceremonies and eventually for some larger meeting, depending on the availability. This building is not used yet, and may be rented for the week-end. It is not equiped with heating (yet) so this might be a problem. Otherwise, it has 2 large rooms that could each host a closed meeting of about 50-100 people.

Given the uncertainty of the comfort in these rooms, and the extra price tag, we’d rather use it as a second choice.

The IllegaaL brewery is a non-profit association based in Brussels whose aim is to bring together artists and brewers around a common project: Make the best beers in order to finance/produce/support/distribute artistic projects.

They would be open to quiet invasion, to be defined. They’re happy to serve beer, and we could even have an OFFDEM beer, why not?

Located in the same building as the brewery, and above the Kinograph, KC offers food and beverages, and can provide a space for up to 40 people to assemble. 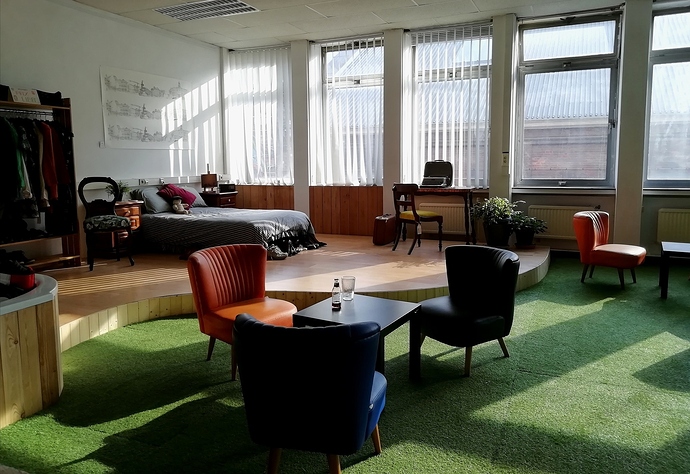 Last but not least, the “P” building is the old police gate at the entrance of the barracks. Alain has offered to host our HQ there, and eventually host a few (2-3) volunteers for sleeping. It’s a bit Spartan, but if you want to save time and be on site, that’s an option.

Behind this building is the federal police datacenter. Above the building is a huge mast with antennas, mostly unused, where there could be some wifi antennas to cover the zone (hint, hint).

We would have to announce the change of location.

OFFDEM will not take place to SeeU anymore, but just behind it, at Voix des Sans Papiers (see FOSDEM Fringe Announcement for more details).

@niko is currently taking pictures to provide us a look out of the different rooms we can use.

I thought we were still using bâtiment P, Alain’s workshop, Hush Rush and the Illegaal bar.

Since P if supposed to be the HQ, doesn’t it make sense to keep the address?

Yes indeed. Alain’s quarters can still be used as an HQ and also the Comité P Workshop.
During the same week-end, they (Alain, Alex,…) wish to open the doors to the public to announce that they (comite P) are ready for others to come and work with the available tools. That would be the 2nd of February.

Hush Rush confirmed that they are still opened as a bar and regarding Illegaal, @niko plans to go there to confirm their availability.

It depends if we consider Alain’s HQ or VSP entrance as the welcome point. I think that VSP main entrance can do the job, but it’s as you whish. Giving the VSP adress is clearly more independent and less confusing because the Caserns are quite a wide place and the different working spaces « we » can provide would be inside VSP’s building. I (personnaly) consider Hush Rush, Comite P, Alain’s HQ as annexes, but it’s my point of view.

My take is that VSP is a squat, so it’s probably better to keep “the public” away from it, leaving it open primarily for working groups. Other activities can self-organize in other spaces.

Mmmm… I was not thinking that way, meaning that I thought we could propose different rooms available at VSP as main OFFDEM places and as other possible places the things available at SeeU (Hush Rush, KCTM, Comité P, etc).

But the building is heated, there is at least 3 wide rooms, maybe more. The people living at VSP maybe considered as our hosters and it is possible to ask them to handle some food. Twice a month they do guest table for the inhabitants and some visitors. Meaning ±60 to ±100 people as they said.

The people who form a group and want to work together (e.g., Tor, ActivityPub), don’t need to be overwhelmed by visitors – neither do the inhabitants!

There are still “work rooms” and “other spaces”. Just that you do not send everyone to the work rooms.

Regarding those devrooms, I think that there are plenty of it in VSP’s building. We can confirm that this Monday the 6th when we go there again.

So as I understand it now, OFFFDEM wish to provides

Is this kind of right ?

If you search for the address on OpenStreet Map you have those results:

8, Fritz Toussaint (osm) = VSI.
But according to the current thread it’s SeeU with those nice pictures but no devrooms (or there is something I missed)

47, Fritz Toussaint (osm) = No label building.
But in fact it’s VSP - without pictures but plenty of devrooms.

It’s confusing for me.
I have to say it becaus the adresse mentioned on the Fringe announcement request is n°8 (VSI/SeeU) but the link is a path leading to n°47.
You can delete this post if you want.

I thought I had moved the OSM link to the P building. The idea is to bring people to the entrance point, and from there orient either to the “public” spaces or to the “private” workspaces.